One Of The First Recorded Rap Records: Rhymin’ and Rappin’

Did you know that one of the first recorded rap records was made by female rappers: Paulette T & Sweet T, “Rhymin’ and Rappin’.” They recorded this song in 1979.

Grandmaster Flash Speaks On The Impact Of Eric B & Rakim 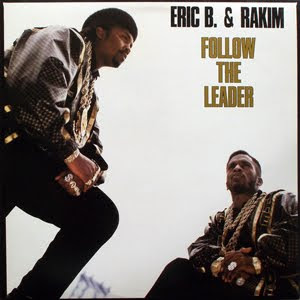 “I’d heard there was another group from Long Island- this one DJ and this one rapper- and they were supposed to be good…really good. ‘Eric B and Rakim’s the best I ever heard,’ said my nephew, Ramel, after hearing their song at a party, but I didn’t believe him until I heard them for myself.

I would listen to ‘Eric B Is President’ a thousand times before I fully absorbed it, but it only took one play and I was sold.

First off, Eric B was a powerhouse DJ. He could scratch, his production value and bag of DJ tricks were off the hook, and his music selections were as good as if I’d made them myself; Eric B loved James Brown. Most important, he set up a rock solid beat foundation for his rapper.

His rapper was Rakim. And Rakim was the best I ever heard.

Rakim brought so much new thought and technique to the game when he rhymed, it was like he singlehandedly reinvented the art form of being an MC. When it came to verbal acrobatics, no other MC came close. If everybody else’s raps were like nursery rhymes, Rakim’s were like Shakespeare.

Before Rakim, Mcs would rhyme ‘cat’ with ‘bat,’ or maybe ‘pretty’ and ‘witty’ if they wanted to get cute. Rakim rhymed polysyllabic words like ‘residence’ and ‘presidents.’ Before Rakim, people started and ended verses in complete thoughts. Rakim would leave you hanging with an idea, just to make it rhyme, but finish the thought in the next sentence. Before Rakim, most rappers would set up one rhyme per line. Rakim would load up entire verses with so many continuous rhymes, I’d have to listen to them three to four times just to catch everything, marveling at how every phrase was a hook, every verse a complicated play on words.

Rakim was doing for rapping what I had done for DJing; he saw the limits of what was out there and figured he could do more. I could see him down in his own basement with a pen and a pad and a head so full of ideas, he couldn’t write them all down fast enough.” -From, “The Adventures of Grandmaster Flash” By: Grandmaster Flash

“If you are given a victory and a power over your adversary; then in thankfulness for God for this, forgive them…”