Pretty interesting mini-series, with lots of acclaim. It is reportedly in the works to go to the big screen sometime in the near future. 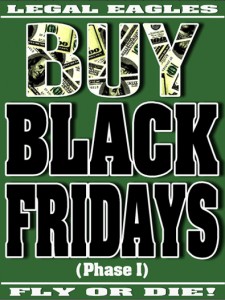 “Find the good. It’s all around you. Find it, showcase it and you’ll start believing in it.” -Jesse Owens 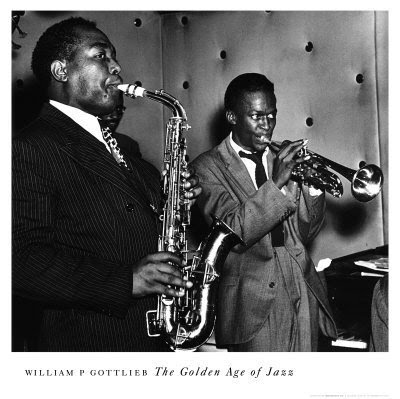 Here’s some interesting observations and recollections that Quincy Jones made about the music industry in his autobiography:

“But by and large beboppers were artists, proud, sensitive, intelligent people who practiced for hours and didn’t want to shuffle and entertain white folks anymore. They said, ‘We’re artists and want to be treated that way.’ You can imagine how that kind of attitude came off in the 40s & 50s- Black men and women talking that way. Forget it. That’s why so many turned to drugs.

These were the days when managers would sign an artist, record him, take a million dollar life insurance policy, record him, let the artist tour Vegas, record him again, then smoke him and collect the insurance.

At the first sign of Charlie Parker’s jones coming down at a recording session, they’d have him sign away all his composing, publishing, and artist’s royalties before they’d let in the dealer so that Bird could shoot up. Monk, Bird, Miles, Basie, nobody knew the business. Most of us sold our songs and publishing rights for peanuts to people who didn’t give a s*** about anything but money.”

“Everyone has a fair turn to be as great as he pleases.” -Jeremy Collier

“The three great essentials to achieve anything worth while are, first, hard work; second, stick-to-itiveness; third, common sense.” -Thomas Edison

The Nineteen Ninety Fly™ Video Of The Week

“After the show, when it was time to leave the venue for our hotel, Pac jumped in the van with us. Now, with 30,000 people at the show, we got stuck in traffic trying to leave. Our driver was this young Caucasian girl who liked the Pharcyde. She’d been cool to us when she drove us to the show. Well, she must have loved Tupac, because as soon as he got in the van, it was obvious how giddy she was. Pac was in form, clowning and being loud. He was hopping around between the seats in the 15-passenger van we were in. Then, we got into some hard traffic.

Tupac wanted the girl to bounce out of our lane into the lane of oncoming traffic, which was empty, to pass all of the other traffic. I guess Tupac was too much to resist. The next thing we knew, she had whipped into the oncoming traffic lane. We were passing every car that was waiting to get on the highway. The reason everybody was at a standstill was that there was a police officer that had the street blocked off and was mandating how the traffic funneled onto the highway. When he saw this…van driving the wrong way down the street, he put his hand out and used his flashlight to pull us over. I felt badly because our driver only broke the law because Tupac told her to, nut now, she was going to be the one who got in trouble. I tried to help her out. I leaned over and talked to the officer through the driver’s side window.

‘We got the headliners in the van,’ I said.

He didn’t want to hear that.

‘Let me have your license and registration,’ he said to the girl.

When the girl handed them over, the officer walked over to his car. This whole time, Tupac was being cool.

The officer wrote the girl a ticket and made us get back into the line of traffic, which was at a standstill. People must have started to figure out that Tupac was in our van because we started to get a few people around us, trying to look in. just as Tupac pulled out a joint, there was this young girl- she looked about nine years old- outside the window, peering in at him. So he leaned out his window and pulled her close to him.

‘What you are about to see me do, I shouldn’t have done,’ he said. ‘This is very wrong. You can’t tell anybody what you seen. This is going to be your secret and my secret- our secret.’

Her eyes got so big. She nodded her head yes. To this day, I’m sure she tells this story about her moment with Tupac. And I’m sure the girl who was driving the van that day still tells her story about Tupac…I’m still telling it. Why? Because he’s a legend.

In his twenty-five years, he did so much. But there was more that he could have done and more we could have learned from him. I don’t think the masses had a chance to understand what this dude’s role could have been. Not to put him on the level of like Martin Luther King Jr. and Malcolm X, but I can’t help but think of the similarities. Malcolm X was a former hustler and drug dealer who did his time in prison. He spoke to and for the people. Pac spoke to and for the people. Also, a lot of those leaders died young. A lot of Pac’s accolades were posthumous. But even now that he’s been gone for a decade, his power hasn’t dimmed. When I listen to albums like ‘Thug Life’ or songs like ‘Dear Mama,’ it’s clear that we had a leader there. I can see it the way that people hang onto his words, wear their Tupac tattoos with pride, call him preacher, saint, and revolutionary, that he still represents something beyond himself or his music. To me, that’s real leadership. Like he said in his own book of poetry, he was ‘The Rose That Grew From Concrete.’ This dude knew what he was talking about. Passing so young, and leaving the legacy that he did, I’m not surprised that people still say that he’s their favorite artist. In everything that we have from Pac that was released posthumously, people could still understand the message, which has become all the more powerful since he passed on. I’ve also heard rappers say that they hid their beef because of Biggie and Tupac; I really think some lives got saved because of that. Given the small time that we did have Pac, his message and his purpose will outlast his so-called days on earth.” -From, “An XL Life” By Big Boy

“Fear can keep us up all night long, but faith makes one fine pillow.” -Unknown

“If you want peace, work for justice.” -Henry Louis Mencken